The phone rang and it was my dear friend Rowena.  We had trained in craniosacral therapy together at the London College and have always stayed close friends.   She was ringing to ask me a favour, she had had a call from a woman who had a 16 year old daughter, Teresa, who was suffering from dreadful migrainous headaches and had heard that craniosacral therapy would be very helpful for her.

The only problem was that Rowena was going away for a fortnights holiday so she had called to ask if I could see Teresa for a couple of sessions while she was away to start the ball rolling and then she would see her after her return from holiday.

Hence Teresa arrived with her mother, and they explained how she had had these dreadful headaches since her orthodontic braces had been fitted, and even after they had been removed 2 years later!

It was such a good call for her to come for craniosacral therapy as it is exceptionally good at helping with just this very situation.

It’s because our head and face is a jigsaw, made of many different bones.  The mouth itself is made of the mandible (lower jaw), and maxilla and palatine bones in the upper jaw.  What happens when someone has braces fitted is that the    wire and plastic bands move the teeth into a more “perfect”  position, BUT, and it is a big but, it also exerts pressure on the bones of the head, especially those in the upper jaw, and this can have huge ramifications because of the way the bones all interconnect.

To give you a little anatomy and how it can affect someone:-

It can impact the vomer (directly stirring up “baby/child stuff” and hence the emotions;  the maxilla/vomer/sphenoid relationship which may cause imbalances in the hormones and hence the emotions,  it can even cause period pains in girls.  (This was also the case with Teresa).  Most frequently the subtle movement of the bones will cause pain somewhere in the body and especially the head.

The body has its own inherent equilibrium and if we upset that it will come at a cost.

I explained to Teresa and her mother that it would take a few treatments to bring some relief to her situation and duly commenced her first craniosacral treatment.  Her head felt so tight that I worked particularly gently to ease away the distortions and asymmetries which I was perceiving in her craniosacral system, sometimes less is best.

She made an appointment to see me again the following week but after about 4 days they gave me a call to say that 24 hours after the session all of her pain had disappeared!  Wow, I knew how effective craniosacral therapy was but even I had not expected that!  She arrived for her follow up treatment all smiley and happy that she was now pain free.

They were so impressed that Teresa’s father made an appointment to see me for craniosacral  as he had a painful TMJ problem ( temporomandibular joint) and he also responded in a miraculous way!

I must admit that such incredibly fast results are not what I would normally expect,                   improvements are generally at a more steady pace and over the course of a few treatments.  But it was wonderful to be able to help Teresa and her father in such an profound way. 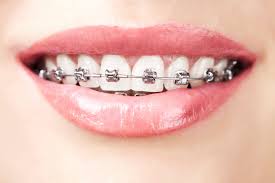 Rowena called me after her return from holiday and laughed good naturedly over her                      prospective clients return to immediate good health.  She also knew the power of this gentle therapy.

Craniosacral therapy may help with many and diverse health issues such as :-

About the Author: Sarah Anne Barker