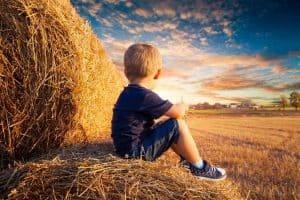 Jack was 13 years old when he was first brought to see me at my practice in the UK, this was in 1999.  He will be in his thirties now and I often wonder how he is.

He had no speech, was severely autistic with OCD and he had part of his brain missing,  the corpus callosum, a membrane which divides the two cerebral hemispheres.

Jack had been adopted at 3 years old by an older, single lady who had over 30 years experience of working with children with disabilities.  His natural mother had given him up for adoption as she had not been able to cope with him.

Ten years on and his adoptive mother, Helen, as single parent doing a phenomenal job in her care of Jack, had asked for a short period of respite care, maybe two to three weeks. As much as she loved and cared for Jack, she was in need of a break.

The authorities responded by removing Jack from her care and placing him in an institution indefinitely which completely traumatised Jack.

A few months later his case was reassigned to a new social worker, Paul. Jack’s knight in shining armour.

Paul was compassionate and empathetic to Jack.  He also saw the distress of his adopted mum, Helen, who had only asked for a couple of weeks respite following her ten years of 24/7 care of Jack.

Paul waved his magic wand and Jack was removed from the institution and given back into Helen’s care.  This was the first step in the healing but Jack was incredibly distressed and unsettled because of the trauma of separation. His world needed to be ordered and familiar for him to feel safe.

As a broad minded social worker, especially back in 1999, Paul suggested to Helen that Jack have some treatments, all to be paid for by the department because they realised they had traumatised Jack by taking him away from his adoptive mum.

Before Paul had heard about me, he took Jack to see a therapist a couple of hours drive away, who really shouldn’t have been working with children….he was so strict!  He insisted that Jack lie on his treatment table and not move for an hour while he worked…..apparently Jack just howled throughout the whole session!!

Paul and Helen were not happy at all.  Paul had heard about craniosacral therapy and how gentle and effective it is at working with trauma….. and they eventually found me by searching local phone books (pre google!)

Paul wised me up before Jack’s first appointment as to what had happened so I was prepared.  Jack arrived, a dark haired little boy with fear in his eyes. He must have been wondering what I was going to do to him! He came into my consultation room, saw my treatment table and just howled again. So that was packed up and put outside in the corridor. He still howled….so we all just sat on the floor, while Jack shook and sobbed.

We just talked gently not trying to do anything at all. Jack just needed to get used to me and know that nobody would ask him to stay still and not move and that he was safe.

It took many weekly visits to make friends with Jack.  He just shook and cried the first few times as I even lightly touched his feet. His world had turned upside down and he needed to know he was safe.

I came to know Jack very well through his feet!  From anywhere in the body I can feel the rhythm of the craniosacral system.  The subtle light flow of energy throughout the core of the nervous system. With my experience gathered over the years I can tell what is happening in the cranium or spine or the emotions of the person simply by a light craniosacral touch on the feet.

It probably took me two to three months before I could touch Jack on his back, just lightly through his clothes, all while he was sat on the floor.  He came to know me and trust me.  It took another month or and I could gently touch his head. The penny then dropped with Jack…he knew it felt good… in his own little world he felt safe and relaxed….he smiled. He didn’t shake anymore he giggled.

Six months after the initial visit we gently introduced Jack to the treatment table again. First in the hall where he could just view it and touch it, then we slid it into the consulting room where it literally became another part of the furniture.

Then came the day when Jack was happy to explore a little more…he climbed onto the table and lay down…happy and wondering what all of the fuss had been about!

Jack had changed from a crying, shaking, terrified boy to one who was hilarious and silly during his craniosacral sessions.  I always associate the song Bananas in Pyjamas with Jack, because when he became too hilarious during his treatments, Helen would sing this song as it always quietened him so that I could weave my craniosacral magic.

I worked with Jack until I emigrated to Australia in late 2000 (nearly 20 years ago now).  Some of you may have seen the mug which I have on my table with my name on it, this was a present from Jack and Helen on my leaving the UK.

I often wonder how he is now?  I can only assume that Helen would not still be caring for him as she would be very advanced in age now, maybe late 80’s.

In my work I have seen so many people over the years, each one with their own unique story. Jack was a special one who I remember each time I drink my herb tea!

To me Craniosacral Therapy is the best treatment for any trauma, whether it is physical or emotional. The craniosacral touch literally dissolves the trauma which is stored in the tissues of the body, with deep levels of relaxation taking its place.

I always remember Jack now as the dark haired little boy with a twinkle of happiness in his eye instead of the fear. I also take my hat off to his adopted mum Helen, who devoted her latter years to Jack to give him the love and happiness which he deserved.